The Agaricus bisporus mushroom accounts for over 90% of the mushrooms sold in Australia.

Mushrooms have a fascinating production process. They are grown all year round, indoors in highly controlled environments. The mushroom growing rooms contain long growing beds, which are stacked like bunk beds 4 to 10 rows high!

To ensure a good harvest, farmers must care for their mushrooms during the growing process around the clock. Growing mushrooms is both a scientific marvel and a precise art.

It’s important to remember that Mushrooms are not a vegetable or a plant, they are a fungi!

Mushrooms are in a category of their own and grow in a unique and fascinating way.

A little-known fact is that most of the varieties of mushrooms sold in Australia are the SAME mushroom. The Agaricus bisporus is available in two colours - white and swiss brown. The white Agaricus Bisporus starts off as a little white button mushroom (or a champignon) and every day, it doubles in size. One day it will be a button mushroom, then it grows to be a cup and matures to become a large flat or 'BBQ' mushroom. The same with a Swiss Brown mushroom, which grows to become a large Portobello, it is the same mushroom, just harvested at different ages.

Interestingly, the longer a mushroom is allowed to grow, the more its flavour develops. So, a white button mushroom has a very mild flavour, a ‘flat’ mushroom has a robust mushroom flavour. 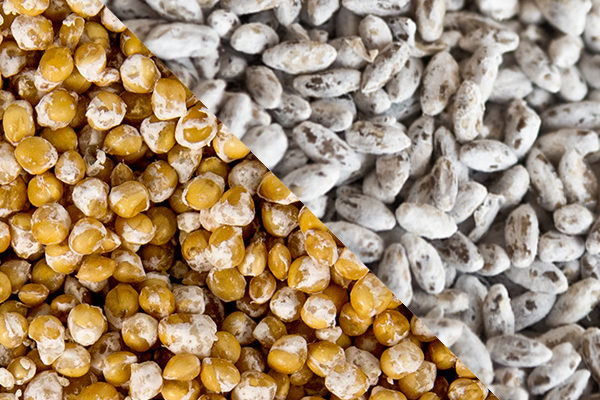 Mushrooms are fungi that originate from tiny spores. In the wild, mushrooms release their own spores which fall to the ground or are carried on the wind. In commercial farming, spores are collected and the resulting mycelium is propagated on sterile cereal grain to produce a product called 'spawn'.

In today's modern farming methods, mushroom farmers buy spawn from specialized spawn producers and mix it through the compost as a way to 'seed' the mushroom crop. The spawn inoculates the mycelium growing in the compost and eventually a mushroom is formed.

Different mushroom spawn strains are available, depending on the type of growing method the farmer uses or what type of mushrooms they want to grow.

Farmers create the compost food source, called 'substrate' by mixing straw, water and poultry litter. It is mixed frequently to increase the process of decomposition.

It then goes through an extensive pasteurization process, to keep the compost clean and free of unwanted insects, weeds and organisms. The resulting compost is a rich, organic mixture needed to provide the mushroom spawn with the necessary nutrients, carbon and nitrogen for growth. 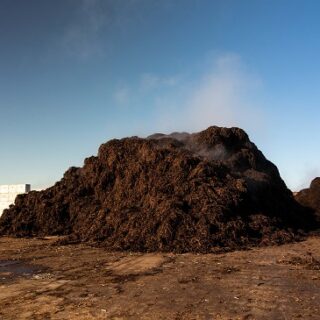 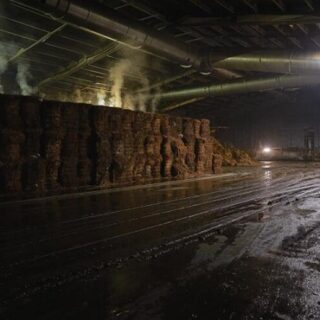 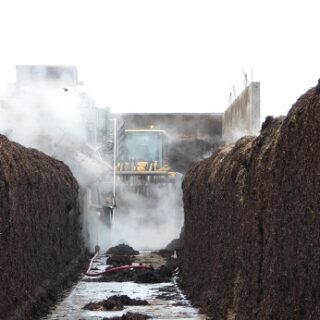 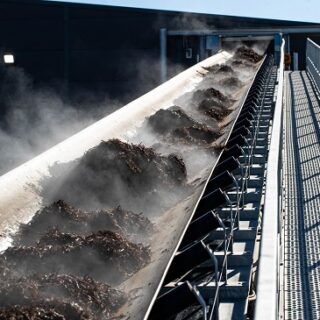 The spawn is mixed with the substrate and placed on large trays or ‘bed’ in growing rooms. A layer of peat moss is spread over the substrate because it helps to retain moisture.

A web-like mass called mycelium spreads throughout the substrate. Mycelium allows the mushrooms to get the nutrients from the substrate. The growing rooms have carefully controlled temperature, humidity and carbon dioxide levels to promote growth. Soon pin-like mushrooms appear on top of the peat moss.

Watch this video to see how mushrooms grow from the pinning stage to full mushrooms.

The mushrooms are carefully chosen and picked by hand, one-by-one and placed into boxes ready for shipping. It's the harvesters job to make sure the mushrooms are picked just at the right time - not too big, or not to small!

Mushroom growth is called a 'flush'. Mushrooms can produce four to five 'flushes' from one growing cycle - which can last up to 3 weeks with constant harvesting.

Did you know that a little button mushroom was the same as a big flat mushroom - it's just been left to grow a few days longer?

Once the harvesting is completed the growing rooms are steamed at 65ºC to eliminate pest contamination before the substrate is removed to be sold to enrich potting soil. 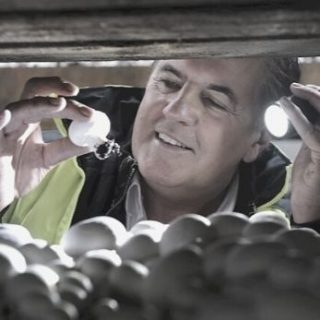 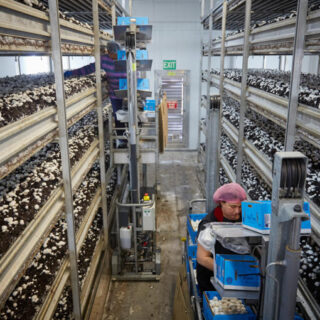 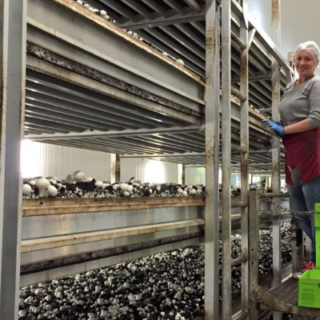 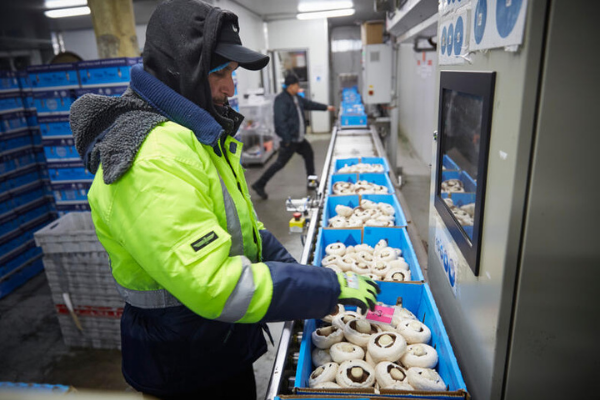 Packing and Shipping to you!

The harvested mushrooms are immediately refrigerated to preserve their freshness.

Mushrooms stay fresh for about a week, so they are immediately shipped to restaurants or food stores, arriving within 24 hours of being picked!

Did you know that a mushroom keeps growing for a little while after it has been harvested?

Want to know more about how mushrooms grow?

Writing a report and need more information? Try the Penn State website for more detail on the mushroom growing process.

Please note, while AMGA provides lots of information regarding mushrooms, we do not offer further information or training to first time mushroom growers.